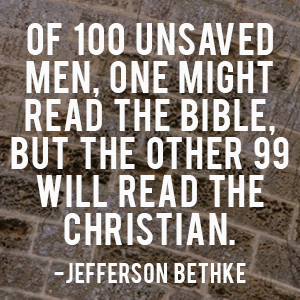 It was that time of the year when you could feel a mixture of intense emotions in the air — the joy of the semester almost being done, along with the pressure of having to pass through final exams first. People were stressed. The campus was fairly quiet as students were trying to make up for all the studying they didn’t do the previous three and a half months.

Even though I had just transferred to a secular liberal arts university, I expected the same. While I was in my room studying — most likely Facebooking, but let’s not talk about that — I heard a knock at the door.

I answered it to be greeted by my lovely RA (resident assistant) who was holding a bucket of lollipops in one hand and a bucket of condoms in the other.

She cheerfully said, “Candies and condoms! Be safe and have a stress-free finals week!”

I remember thinking, Just what I needed to help me study for finals — high fructose corn syrup and latex birth control.

I definitely wasn’t at a Christian college anymore! Later that year they did something similar, where they taped “sex facts” and condoms to the walls of the dorm. I think they used to use staples, but as you can imagine, it wasn’t very effective.

Talk about a quick change. It didn’t take me more than a few hours to see the glaring difference between my strict Christian college in San Diego and my new liberal arts university in Portland. Whatever comes to mind when you think of Portland, that is exactly the essence of this school. It was the mecca of gay rights. They banned bottled water because it wasn’t environmentally friendly. Everyone had dreads, and none of the girls shaved their armpit hair. Well, that last one is not completely true. It was the type of university that had used books by Richard Dawkins and Christopher Hitchens as textbooks and dripped with a granola-liberal-progressive spirit. But I loved it. Really. I absolutely loved it. If I had to do it all over again, I would have gone there in the first place.

You’d think I would have wanted to go back to the Christian school, right? It was the opposite.

I found the Christian school to be stuffy, hypocritical, and judgmental. I could no longer stand praying after baseball practice with thirty guys who wore crosses around their necks, knowing a few hours later they’d have a beer in one hand and a girl in the other (myself included). Weirdly, my new university felt accepting and loving. There was no guessing if someone was really a Christian or not. If you said you were a Christian at that school, it wasn’t to gain you any points — in fact, you probably lost some. There was something about that type of atmosphere that drew me in.

My senior year I was an RA — which pretty much means I was the dorm’s “dad.” I was the guy who would let you in if you locked yourself out, wrote you up if you broke the rules — there weren’t many — and would be there if you were having emotional or academic problems.

Dealing with students daily, I got a pulse on the common conceptions they held toward God, Jesus, religion, and Christians.

What constantly surprised me was the ignorance of most college students regarding Jesus. I heard things such as, “I could never follow Jesus; I still want to drink beer.” Or,

“Why would I like Jesus? He hates gays.” I remember thinking, Huh?

I still drink beer, and I don’t hate gays. My favorite was one of my baseball teammate’s responses after I asked him what he thought about Jesus: “Yeah, I love Jesus — and Buddha too. I’m a Christian Buddhist.” It took everything in me not to laugh. Christian Buddhist? That’s like saying you’re a lactose-intolerant cheese lover.

A college campus is an interesting place. Students have little to no responsibility, question everything they believe in, and live within one hundred feet of all their friends. There’s also a huge dark side to most colleges. As an RA I had a front row view of the pain in my generation. Colleges these days are breeding grounds for poor decisions, emotional brokenness, and sharp pain.

This is all behind the scenes, of course, because the girl who was raped freshman year and the guy who hates himself and struggles with depression don’t seem broken when sitting in a lecture hall debate.

People don’t flaunt their brokenness when trying to prove themselves. But in their dorm rooms in the middle of the night after another disaster or one-too-many shots, I got to see people become transparent over and over again. They’d continually admit their lives weren’t working. They were empty. Longing. Desiring. Searching.

One friend’s sister had just admitted she was gay to the family, and it was tearing them apart because their dad refused to “have a gay daughter.” Another friend admitted she hated herself for losing her virginity to her ex-boyfriend,  whom she didn’t even speak to anymore. Another felt the immense pressure of balancing school and child care because she was caring for her little sister now that her dad had left and her mom had to work.

I saw some of my peers nearly drink themselves to death or try to kill themselves — and without the ambulances showing up so fast, they just might have.

I wondered, How am I any different? Just two years before, I had struggled with depression. I had struggled with suicidal thoughts. I had struggled with the guilt and shame that so often come with recreational dating. I had spent the first year of college shotgunning beers, messing around with girls, acting like the world existed to cater to my needs, and never taking a second to pull out the emotional, spiritual, and mental shrapnel that had been lodged in my soul by the “me” lifestyle. Inside I was just a scared little boy who had been deeply insecure his whole life and lived in hopes that others would tell me I was good enough.

Of course, none of us would admit it so plainly, and for nineteen years of my life, I wouldn’t have either, but isn’t it true? Why else do we do most of the things we do?

My generation is the most fatherless and insecure generation that’s ever lived, and we are willing to sacrifice everything if we just can be told we are loved.

If only we knew just how loved we really are.

So being a follower of Jesus now, and knowing just how gracious He had been to restore me, heal me, and pursue me,  I longed so deeply to share His love with these students. Over and over again, though, I’d get the same response whenever I’d bring up Jesus. Literally, the overall essence of Jesus to these students had been boiled down to whether or not someone could say the F-word. Immediately, they’d bring up periphery issues that Jesus barely mentions as their biggest opposition to him. Ironically, the reasons they opposed Jesus were sometimes the reasons Jesus opposed the religious people of his day.

Half the time, they weren’t even rejecting Jesus; they were rejecting what He rejected!

I sat in bed one night and wondered, When on earth did “hates gays, can’t drink beer, and no tattoos” become the essence of Christianity?

It hit me that my friends weren’t the ones to blame for their confusion. They had gotten this idea from people they grew up with, churches they went to as kids, or preachers they saw on TV. It was the church’s fault that they thought this was what real Christianity was all about. As I’ve heard said, “Of 100 unsaved men, one might read the Bible, but the other 99 will read the Christian.”

I’m sure we’d have a very different Bible if it were written simply by observing modern-day Christians.

My peers couldn’t separate Jesus from religion because they weren’t reading the Bible to learn about Jesus; they were looking to the Christian religion to understand him. What they were rebelling against was religion.

People lamented that they had tried Christianity, and it didn’t work. But last time I checked, you don’t try Christianity; either your heart has been transformed by Jesus or it hasn’t.

But you can try religion.

You can try to climb up to heaven.

But all you’ll do is white-knuckle your way to religious despair. It won’t work. It never does.

That’s when I started to notice an interesting trend: When I juxtaposed religion and Jesus in my conversations, they took a different turn. It allowed people to pull back a little and see him in a different light. They no longer were just brushing him off, but were actually pursuing, thinking, and investigating the man named Jesus. And that’s when I started to write the poem “Why I Hate Religion but Love Jesus.”

* Excerpted with permission from Jesus > Religion: Why He is So Much Better than Trying Harder, Doing Better, and Being Good Enough by Jefferson Bethke, copyright 2013 Thomas Nelson.

Have you struggled with how different Jesus is from organized Religion? Do you have college-aged people in your life who have rejected Jesus because of how they’ve been treated by the Church or how they’ve been turned off by duplicity and hypocrisy? Come join the conversation on our blog! We would love to hear from you! ~ Devotionals Daily