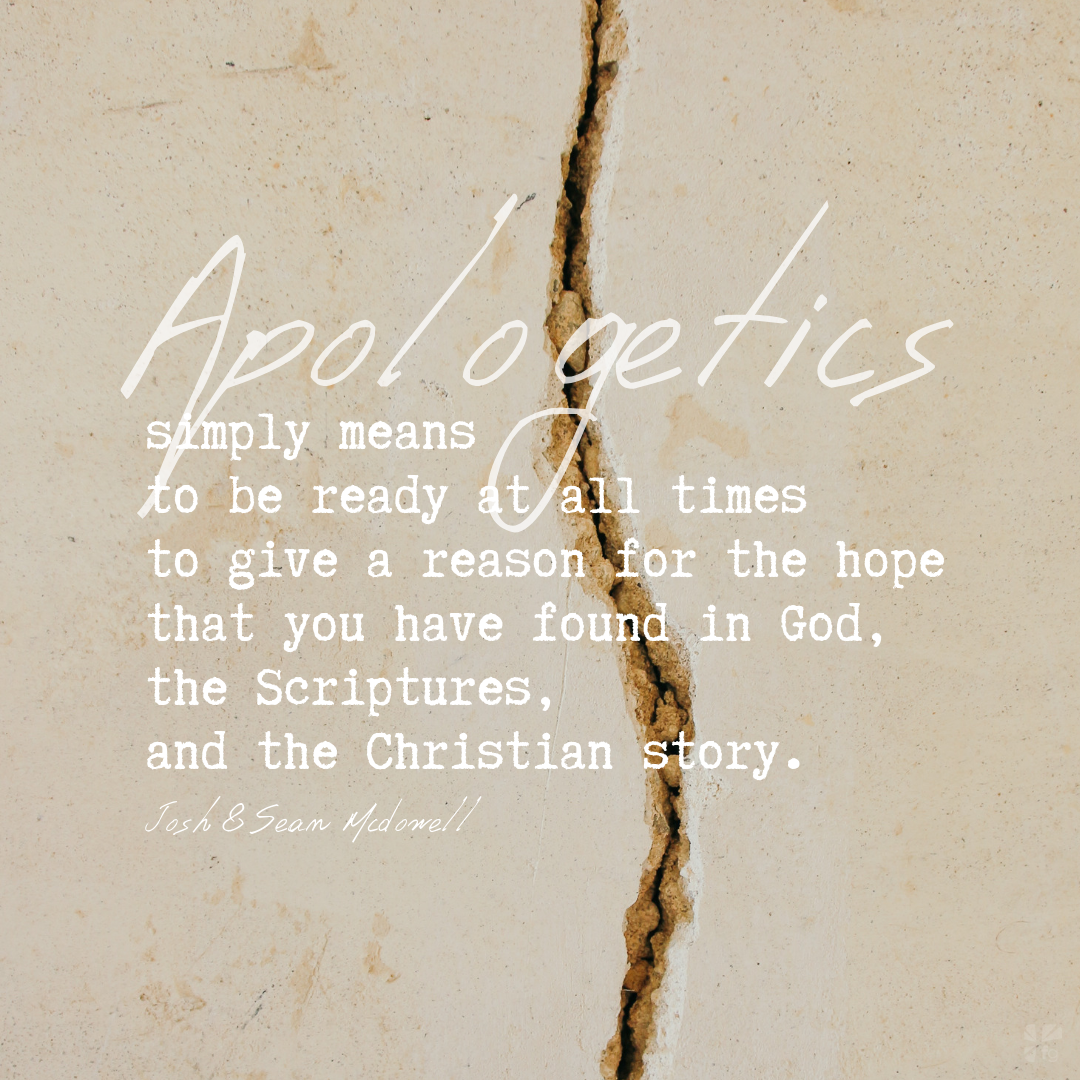 [God] has saved us and called us with a holy calling, not according to our works, but according to His own purpose and grace which was given to us in Christ Jesus… to which I was appointed a preacher, an apostle, and a teacher of the Gentiles… I know whom I have believed and am persuaded that He is able to keep what I have committed to Him until that Day. — 2 Timothy 1:9, 2 Timothy 1:11-12

Imagine a courtroom scene. At the head of the courtroom, behind a desk on an elevated platform, sits the judge. Positioned nearby is the court reporter, the clerk, and the bailiff. To the right is the jury. In the middle of the room, off to one side, is the lawyer who will be prosecuting the case. To the other side is the defendant and his attorney.

It is the job of the prosecutor to make his case in such a way that it leaves no reasonable doubt the defendant is guilty. To do so, he will call witnesses to testify and present relevant evidence. But now imagine that as the prosecutor steps up to make his opening arguments, he simply tells the judge and jury that they need to have faith that his convictions about the defendant are true. Chances are, not only would the prosecutor fail in his attempts to get the court to believe him in “blind faith,” but he would also likely get thrown off the case.

What is interesting is that many Christians today treat their faith this same way. Some even believe this type of blind faith is required… that they are never supposed to have any doubts about God, or the Bible, or the doctrines they learned in church. German philosopher and atheist Friedrich Nietzsche criticized Christians for this very reason when he wrote, “Christianity has done its utmost to close the circle and declared even doubt to be sin. One is supposed to be cast into belief without reason, by a miracle, and from then on to swim in it as in the brightest and least ambiguous of elements… What is wanted are blindness and intoxication and an eternal song over the waves in which reason has drowned.”1

The truth is that Christianity never demands blind faith.

Furthermore, by taking on the role of the prosecutor and investigating the claims of the Bible, we find that God does provide enough evidence for rational belief. In fact, author Lee Strobel, a former journalist and skeptic, found after conducting his own investigation of Christianity, “The conclusion was compelling, an intelligent entity has quite literally spelled out the evidence of his existence through the four chemical letters in the genetic code. It’s almost as if the Creator autographed every cell.”2

God has not provided exhaustive knowledge of His existence, but He has given sufficient knowledge for those with an open heart and mind. In this session, we will take the first step on this journey to discovery by looking at why evidence is so important for faith.3

If you or any of your group members are just getting to know one another, take a few minutes to introduce yourselves. Next, begin by discussing one of the following questions:

Invite someone to read aloud the following passage from 1 Peter 3:15–17. Listen for fresh insight and then share any new thoughts with the group using the questions that follow.

Sanctify the Lord God in your hearts, and always be ready to give a defense to everyone who asks you a reason for the hope that is in you, with meekness and fear; having a good conscience, that when they defame you as evildoers, those who revile your good conduct in Christ may be ashamed. For it is better, if it is the will of God, to suffer for doing good than for doing evil.

According to this passage, what should believers in Christ be ready to defend?

What traits should you display when sharing the evidence for your faith?

Which of these two is harder for you to maintain when you are in the midst of defending your beliefs? Why?

Play the video for session one. As you watch, use the following out- line to record any thoughts or concepts that stand out to you.

What apologetics is all about is clearing away the stumbling blocks that people have on their journey to Christ. It is a way of loving other people.

Christianity is a historical and testable faith. One thing that separates Christianity from other religions is that it is based on truth. If you follow the evidence, it will lead you to truth.

The Bible does not teach that you should have blind faith. Rather, the biblical pattern is that God does some kind of miracle or reveals himself, which gives people knowledge, and then they are called to exercise an examined and intelligent faith in Him.

Apologetics simply means to be ready at all times to give a reason for the hope that you have found in God, the Scriptures, and the Christian story.

Apologetics is not a recent phenomenon in the church. Jesus reasoned with people, as did the apostle Paul and many of the first- and second-century church fathers.

Today, the internet has brought many challenges to the Christian faith, but it has also brought awareness to the great amount of historical evidence that reveals Christianity is true.

6.How can knowing the evidence behind what you believe about Christ help you to remove any stumbling blocks that others might have in their journey toward faith in Jesus?

Wrap up your time by taking a few moments to pray together. Here are a few ideas of what you could pray about based on the topics of this session:

3.Portions of the text for this opening section were adapted from the session 1 video teaching by Josh McDowell and Sean McDowell and from pages xlviii and xxxix in Evidence That Demands a Verdict.

4.Adapted from pages xxxiii–xxxvi in Evidence That Demands a Verdict.

Let us know what you thought of Session One from Evidence that Demands a Verdict. Come share on our blog!