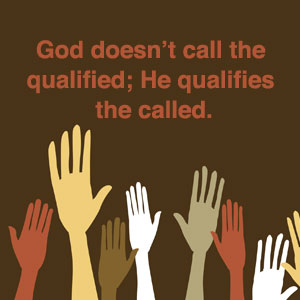 If you wait until you’re ready, you’ll be waiting for the rest of your life.

The author of Hebrews writes, “By faith Abraham, when called to go to a place he would later receive as his inheritance, obeyed and went, even though he did not know where he was going” (11:8).

Abraham didn’t know the final destination, but it didn’t keep him from taking the first step in the journey. What’s the first step or next step you need to take in your journey? If you take the first step, God will reveal the second step. The problem is that most of us want the twenty-five-year plan before we’re willing to step out in faith. We want to know exactly where we’re going and exactly when we’ll get there, but God doesn’t operate that way. He gives us just enough revelation, just enough grace, just enough strength. Why? So we will live in daily dependence on Him. He doesn’t want us to rely on the revelation; He wants us to rely on Him.

Without knowing where he was going, Abraham took the first step. And God honored it. There are moments in life when you need to quit a job, make a move, or end a dating relationship. And you need to take that step without knowing what the next step will be. Don’t wait for more revelation; be obedient to the amount of revelation God has given you.

There is an old adage: ready, set, go. And I know it’s predicated on the importance of preparation. But I think it’s backward. You’ll never be ready. You’ll never be set. Sometimes you just need to go for it. The sequence of faith is this: Go. Set. Ready.

Some people spend their entire lives getting ready for what God wants them to do, but they never end up doing it because they never come to the realization that they’ll never be ready. This is where so many of us get stuck. Our failure to act on what we know God is calling us to do not only breeds doubt and discouragement; it’s a form of disobedience.

Nearly two thousand years ago, Jesus said “Go.” So why do we operate with this red-light mentality? Why are we waiting for the green light we’ve already been given?

As Christ-followers, we are called to take a why not approach to life. It’s an approach to life that dares to dream. It’s an approach that’s bent toward action. And it doesn’t look for excuses not to do something. Don’t get me wrong. It’s awfully difficult to discern the will of God. Even after prayer and fasting, it usually entails making tough decisions. And I’m certainly not advocating a thoughtless or prayerless approach to decision making. We need to know that God is calling us to devote our lives to missions, take the internship offer, quit our job, or make the move. But I wonder if we’re so afraid of doing the wrong thing that it keeps us from doing the right thing.

Questions for today: What’s the first step or next step you need to take in your journey? What green light have you been waiting for? We would love to hear from you! Please share your thoughts and comments with us. ~ Devotionals Daily 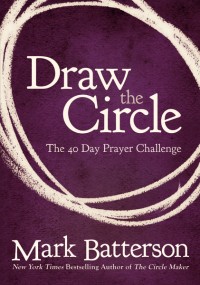