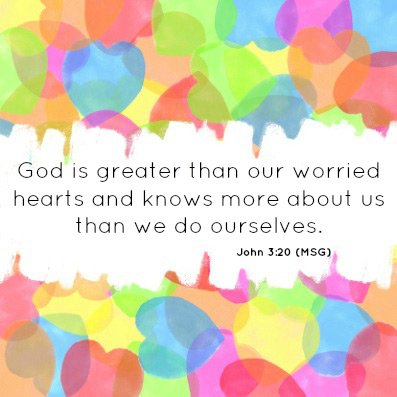 Admit it. There are times when God and the things He does — or the things He allows — just don’t make sense to you. You wonder why He allows your funny, kind, compassionate friend to die in a violent car crash and lets a hardened criminal avoid prison on a technicality. It’s hard to trust a God who at times seems so, well… capricious.

The Bible and every one of God’s followers tell you that you can trust Him. Still, you’re not convinced. You want proof, some kind of guarantee that if you put your faith and trust in Him, He won’t let you down. Enough people have done that already; it’s too painful to think that God might disappoint you too.

God, I have a major trust issue. I trusted my parents to take care of me; one walked out, and the other became clinically depressed. I trusted my first love, but he jilted me. Now my friends say I should trust You. I have one question: Why should I?

The short answer is that I love you more than anyone ever has or ever will, and I will always have your best interests at heart. But I know that isn’t enough for you when it comes to trust, and understandably so. You’ve been deeply wounded, and you’re afraid to trust anyone ever again. So I’ll start the long answer with an explanation of what trust is.

Trust is a sense of assurance that you can confide in and rely on a person based on his character and his record of accomplishment in making you feel safe, unafraid, and confident in your relationship. Trust builds over time and relies on experience rather than mere words. Actions count more than ever when it comes to trust.

Think about someone you do trust — your closest friend. How did you come to be such good friends? How did you come to trust her with the secrets and the dreams and the private thoughts you’ve shared with her? Did she introduce herself and immediately say, “Trust me”? No, she didn’t. The trust you have in each other developed over time. You spent hours together, getting to know each other, at first sharing “safe” personal information, and little by little, you opened up and shared those things that you wanted only her to know. Over time, you discovered that she would do what she said she would do, be there when you needed her, and never betray the trust you had placed in her.

Think of our relationship in that way. Your trust has been shattered by many people, so I expect you to take it slow when it comes to trusting Me. That’s fine; we have time.

Begin by sharing your heart with Me, even if it means admitting that you have a problem with Me. I want you to be honest with Me, because genuine trust without honesty simply doesn’t exist.

Talk to Me. That’s what prayer is. Listen as well, but understand that My response may not come in the way you expect it to or at the time you want it to. I love you and want to have a relationship with you. You can ask whatever you like, but don’t forget that I am God, and I determine the best way and the best time to answer your prayers. Some people mistakenly believe that because I have made so many promises to My people, they can demand that I fulfill them now. That’s not trust; that’s arrogance. And a loving relationship cannot be built on arrogant demands.

There are people in your life who claim they trusted Me but say that I failed them. They’ve walked away from Me and the wonderful life they could have had. What they didn’t realize was that they “trusted” Me for things I never promised, things that would have caused a great deal of pain and heartache down the road, but they could not see that. Only I know what the future holds, and that’s one of the many reasons why you need to trust Me with your future.

When you refuse to trust Me, however, you hurt yourself. You figure you can handle life all on your own, but by not seeking My help, you make things harder on yourself than you can imagine.

You see one piece of the puzzle; I see the complete picture.

God is greater than our worried hearts and knows more about us than we do ourselves. — 1 John 3:20 (MSG)

Be open to the idea of trusting Me completely. Begin reading the Bible, My love letter to My people, to discover the many times I proved My trust-worthiness and came through for even those who disobeyed Me.

Regarding Israel, God said, “All day long I opened my arms to them, but they were disobedient and rebellious.”  — Romans 10:21 (NLT)

I have a proven record, one that spans all of time.

Don’t just read isolated Bible verses. They’re valuable, of course, but they’re also like puzzle pieces. They make more sense when you see the big picture. Here’s an example of what I mean. My servant David wrote many psalms that expressed his deep trust in Me. In Psalm 52, he praised Me for the things I had done and publicly conveyed his trust in Me.

I will thank You forever, because You have done it. I will wait for Your Name, for it is good, in the presence of the godly. — Psalm 52:9 (ESV)

That’s a lovely thought, and one that reminds people of My faithfulness. But when you realize what had just happened to David, you see the depth of his trust in Me. A servant had just told King Saul a lie about David that put his life in jeopardy and cost the lives of dozens of priests (1 Samuel 21:1–9; 1 Samuel 22:6–23).

Still, David continued to trust in Me, and his trust seldom faltered.

Other people will let you down, and you will let down other people, but I will be the one constant in your life, the One you can trust with your life. You will always be safe and secure with Me.

One thing you need to understand is that trusting God the Father does not mean that He will give you an easy life. No one knows that better than I do.

When I lived on earth as a man, I hardly had it easy, even though the Father announced that He was well pleased with Me.

Suddenly a voice came from heaven, saying, “This is My beloved Son, in whom I am well pleased.” — Matthew 3:17 (NKJV)

I had many faithful followers, but many more abandoned Me or betrayed Me, like Judas, one of the twelve trusted men with whom I had chosen to share My life and My deepest truths. I faced constant harassment from the religious leaders. Soon enough, the people rejected Me. And then I was branded a criminal, sentenced to die on a wooden cross. I was severely beaten, taunted, and tortured, and I felt as if My Father had abandoned Me right before I died.

At the ninth hour Jesus cried out with a loud voice, saying, “Eloi, Eloi, lama sabachthani?” which is translated, “My God, My God, why have You forsaken Me?” — Mark 15:34 (NKJV)

No, Mine was not an easy life. Nor was it easy for My mother.

One of the hardest things I’ve ever had to do was watch my beloved son die such a horrible death and still believe that I could trust God. How could I possibly trust Him now? He had chosen me to be the mother of His Son, and I was so humbled by that. I was also overjoyed, and I anticipated living a glorious existence in the shadow of my Son — the Messiah!

Little did I know the suffering I would have to endure many years later.

I sensed something horrible was about to happen — mothers just know these things. But when I heard that my boy had been sentenced to death, everything became a blur. There was chaos in the streets as Jesus was being led to the cross, and I could hardly get close enough to see Him. I rushed to Golgotha where I knew the criminals would be executed. My Son, a criminal! And sentenced to die! Everyone knew about the excruciating pain that was suffered by those who were nailed to a cross; I couldn’t bear to think of it. Surely God would intervene and spare my Jesus!

But then it happened.

The cruel and sadistic Roman soldiers took great pleasure in seeing my Son mocked and taunted and tormented, as if being nailed to the cross wasn’t enough! I spent several agonizing hours near the cross with my sister, the wife of our friend Clopas, and Mary Magdalene, whose grief was nearly as great as my own. I could hardly look at Jesus, and I could hardly take my eyes off Him! Just before He died, He looked at me and spoke the last words He would ever say to me: “Dear woman, here is your son,” pointing to His good friend and disciple, John. We both knew what He meant; John was to look after me and become like a son to me in Jesus’ absence. (John 19:25-27)

I can’t begin to express how painful that time was, that is, until God restored my Son, and His, to life! Yes, trusting God until the moment I saw my Son alive was difficult, but I never saw Jesus’ faith waver, and if He could trust the Father, I could. And in the weeks that followed, I joined with others who truly believed my Son was the Messiah, continuing to pray and worship and trust in God.

These all continued with one accord in prayer and supplication, with the women and Mary the mother of Jesus, and with His brothers. — Acts 1:14 (NKJV)

In what are of your life, or maybe in all of it, have you struggled to trust God? Has disappointment in others altered your concept of God? Do you fear that God may disappoint you, too? We encourage you to spend some time thinking through specific things, events, relationships that have hindered your relationship with God and bring them to Him. Be honest with Him. What is He saying to you? Please join the conversation on our blog. We would love to hear from you! 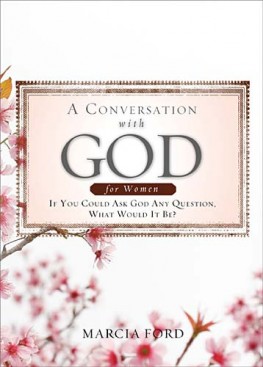