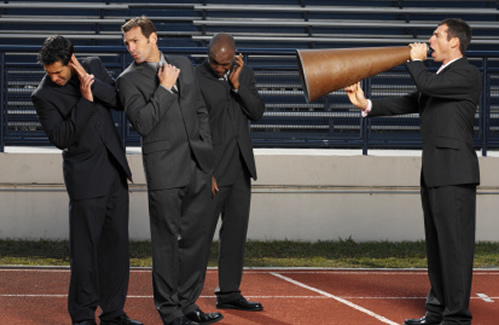 Believe it or not, the leader who did these things is a biblical character, and one anointed by the famous prophet Samuel as Israel’s first king—Saul of Kish.

Do these foibles sound extreme? Are they so far removed from present-day concerns as to be irrelevant? We do not think so, as our own encounters with failed leaders both in church and in business seem to verify:

Each of these examples involves men and women who may indeed be “basically good and honest people,” but who, like most leaders, struggle with shortcomings in their leadership. When seen in perspective, many of Saul’s foibles are not so exceptional. Leaders everywhere struggle with the tendency toward manipulation of others, the utilization of “spin,” inappropriate behavior, and self-promotion.

In Leadership Lessons: Avoiding the Pitfalls of King Saul, leaders will have the opportunity to lay bare the life of a “basically good and honest person” to see the ways he struggled to live and lead with integrity, and learn from the times when he succeeded in that endeavor—as well as from the times in which he failed.

Leadership books—both in general and business categories—have traditionally focused on “best practices,” while our concentration will be on seeking to learn from someone else’s shortcomings.

Our approach of using the “worst practices” of a historical figure in order to teach positive leadership habits may seem unusual to some, though it is actually an emerging trend in leadership studies. When Sydney Finkelstein, a professor at Dartmouth College’s Tuck School of Business, began to teach management by focusing on “worst practices,” his students were skeptical. He offered “Learning from Corporate Mistakes” as an elective and, ultimately, the class became so popular that Tuck reworked its MBA program with this class as a required first-year course.

Abandoning traditional management offerings, Finkelstein has raised eyebrows with his unconventional research. Students, however, have responded extremely well, and appreciate the profundity of real-life examples of failed leaders. Finkelstein published his findings in 2003 in Why Smart Executives Fail: And What You Can Learn from Their Mistakes, and the book has become a leadership classic.

While it may seem counterintuitive to focus on “worst practices,” this approach is essentially saying: “Here is how people messed up. Don’t do what they did.” Everyone has heard the old adage, “It’s good to learn from our failures, but it’s an even better thing to learn from someone else’s failures.” This approach makes perfect sense; what could be more valuable than learning from someone else’s failures?

The Pitfalls of King Saul Are Your Stepping-Stones to Success

In a gathering of several scores of leaders, we discussed how leaders learn best. I (Richard) posed a simple question, “Do you learn more from your successes or your regrets?” All agreed that leaders learn more from regrets. However, learning from an experience of regret, our own or another’s, takes more than just going through the experience. Learning comes when we reflect both personally and professionally. As you read about the failure of King Saul, you will learn best by following these guidelines for personal and professional reflection:

Colin Powell aptly shares the test of leadership failure: “The day soldiers stop bringing you their problems is the day you stop being their leader. They have either lost confidence that you can help them or concluded that you do not care.”

The story of Saul’s failure is a story of soldiers losing confidence in their king and the king losing compassion for his soldiers. Let the story be your teacher and guide as you become a better leader. 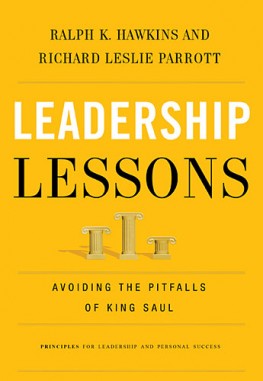