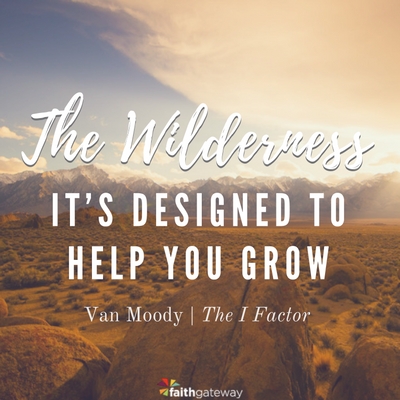 The Accuser Is At Large

The enemy of our souls who bombards our minds with negative thoughts and lies, and sometimes the people around us who operate under his influence. The enemy often attacks us with false accusations about who we are. He knows that if he can only get us to question or doubt our identity in Christ — such as making us believe we are defeated and hopeless instead of victorious and filled with faith — the chances are high that he will eventually be able to ruin us.

He uses this tactic against believers in all kinds of ways today, and He tried to use it against Jesus centuries ago.

When John the Baptist baptized Jesus in the Jordan River, God the Father spoke a powerful declaration of Jesus’ identity:

Another translation renders the verse this way:

This is my dearly loved Son, who brings Me great joy. — NLT

The Message renders the sentence,

This is my Son, chosen and marked by My love, delight of My life.

We need to realize that when God made these strong statements, Jesus had not yet begun His ministry. He had not healed anyone, walked on water, fed five thousand people with only a few fish and several loaves of bread, or performed any other miracles.

God’s love and joy were entirely based on who Jesus was, not on what He did. Because you are in Christ, that same intense affection and acceptance from God belongs to you.

Only a few verses after God’s great declaration of love for His Son, things seem to go in a negative direction. The celebration soon turns to temptation and frustration — and God orchestrates it all.

This is important to understand because so often we credit God with the situations we view as good in our lives and we blame the devil or other people for the ones we think are bad. It’s just not that simple. Sometimes God does lead us into hard situations; the good news is He also leads us out of them, just as He did when Jesus went into the wilderness.

The synoptic Gospel writers report that the Holy Spirit led Jesus into the wilderness (Matthew 4:1; Mark 1:12; Luke 4:1). He didn’t wander into it on His own and the enemy did not lead him. However, the enemy did meet Him there. Every taunting word the enemy spoke to Jesus was an attack on His identity; he began the first two temptations with the phrase,

Keep in mind that right before Jesus went into the wilderness, God had spoken strongly, “This is my Son.” Jesus knew His identity; He simply had to prove it. He did and, according to Matthew 4:11, “the devil left him.”

Ever Wonder Why You’re in the Wilderness?

In 2014, General Motors (GM) had to recall more than thirty-nine million vehicles. The reason for the recall was that the cars, trucks, and sport utility vehicles had not been thoroughly tested. A number of deaths were linked to faulty ignition switches, and GM ended up paying hefty fines to the families of those who lost their lives.

In addition, the company sustained serious damage to their credibility as people who trusted GM lost faith in the once-reputable car company. The tragic loss of life could have been avoided had GM simply put their vehicles through a proper testing process. This story about GM proves how vitally important a good testing process is. It’s true for the car manufacturers and it’s true for you.

God is so committed to His will for your life that He will not release you to your next step of destiny until He knows you are ready and until you have proven your readiness to yourself.

That only happens in the wilderness.

I would venture to say that everyone who wants to grow in God has a wilderness experience. It’s usually not a vast outdoor space, as we might imagine. It’s almost always an internal place, a location in our hearts and minds. It may be a time of illness or grief; it may be a season when a son or daughter brings heartache and concern instead of joy; it may be the loss of a job for some reason you think is wrong and unfair. Your wilderness could be any number of circumstances.

While I cannot describe the specifics of your personal wilderness, when you’re in it, you know it. It’s a lonely, frustrating place and in the midst of it, the voices of doubt and the devil are often easier to hear than the voice of God. You find yourself confused and wondering how to get out, while also saying, “God, I thought You led me into this.” Many times, He does lead us into our wilderness encounters, and I want to explain why.

From God’s perspective, the wilderness is the proving ground of our identities; it’s the place where we pass or fail the test of knowing who we really are. The destiny to which you are appointed demands you know who you are, and identity that has not been tested is not identity at all. Your identity is not determined by what you say or what others say about you. It has to be confirmed and sealed in your heart. There’s no better place for that to happen than the wilderness.

God has been proving identities in the wilderness for ages.

When He took His people Israel through the wilderness in what turned an eleven-day journey into one that lasted forty years, Moses explained God’s motive this way:

Remember how the Lord your God led you all the way in the desert these forty years, to humble you and to test you in order to know what was in your heart, whether or not you would keep His commands. — Deuteronomy 8:2, emphasis added

When you go through a really difficult experience, when you feel lost and alone and God seems far away, you’re in the wilderness for sure. But more than that, you are in the place God has chosen as your testing ground.

This is the place where God wants to strengthen you and solidify your sense of identity so you will have the internal resources you need for the good future He has planned for you.

The wilderness may look desolate, but be encouraged: it’s designed to help you grow, and on the other side of this growth process, God has something great for your life. How can I be so sure? Because Deuteronomy 6:23 says,

Then He brought us out from there, that He might bring us in, to give us the land of which He swore to our fathers.

God brought the Israelites out of Egypt, through the wilderness, and into the promised land. That’s the same pattern He uses in our lives today when He wants to lead us into something wonderful.

Watch the Video for The I Factor

Excerpted with permission from The I Factor by Van Moody, copyright Vanable H. Moody II.

Are you in the wilderness? Trust the Lord today that you are His son or daughter and He is proving and strengthening you for good reasons! He will bring you out and into a wonderful future! ~ Devotionals Daily