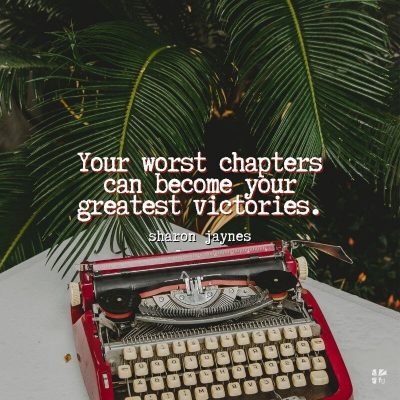 Poor Daddy. He just couldn’t shake it. Shame weighed him down like a dead body strapped to his back. No matter how many times I told him that God loved and accepted him just the way he was, he couldn’t believe it. That kind of grace was unfathomable, unthinkable, unbelievable… especially for a man like him.

I grew up in a home that was filled with angry outbursts, violent arguments, alcohol-induced mayhem. My dad was an emotionally active volcano with occasional periods of dormancy. My mom was a bitter and wounded woman who sometimes had stretches of sweet normalcy. I was just scared.

However when I was fourteen-years-old, a woman in my neighborhood took me by the hand and heart and lead me to Jesus. Three years later, my mom made a decision to follow Christ as well.

But what about my dad? He had many vices. Alcohol, pornography, gambling, and illicit relationships with other women — all common knowledge in the small town where we lived. And while the drinking stopped and the physical violence stopped, some of his other vices continued. And even though my dad agreed to go to church with us, he never believed that God could forgive a man like him.

Six years after I came to Christ, my dad was facing a lawsuit and ruination in our small town. On the verge of a nervous breakdown, he hopped in his car and drove from North Carolina to Pennsylvania to try and find my mom who was attending a business meeting. It was then that God dipped his pen in the inkwell and continued writing one of his best stories ever.

Once there, he stopped by a random church. “Is the preacher here?” he pled. “I need someone to pray for me!”

“I’m sorry,” the receptionist replied. “He’s not in at the moment. But I know a pastor of the church down the street, is out doing some construction on his new church building in the woods.” The receptionist grabbed a scrap piece of paper and drew a map. “Why don’t you drive on over and find him? I bet he can help.”

Dad jumped back in his car and drove to a church out in the country where he found a man with a hammer in his hand and Jesus in his heart.

“Let’s sit down here on this log,” the paster began. “Now, tell me what’s going on.”

For several hours, Dad sat with this stranger and told him all he had ever done. When my dad finished his confession, the pastor placed his strong arm around my dad’s shaking shoulders and said, “Now, Allan, let me tell you what I’ve done. You see, I was a man much like you.”

The pastor pulled back the curtain on his own dark past and followed with the subsequent unfolding of forgiveness, redemption, and healing from Jesus.

That day, my dad and a pastor whom I’ll never know knelt in the woods of Pennsylvania and prayed the sinner’s prayer. My dad entered the woods as a sinner and came out a saint.

What turned him around? Well, for sure and for certain it was the power of the Holy Spirit that quickened his dead spirit to life. But there was something more. Because this pastor wasn’t ashamed of his story — he wasn’t afraid to tell about his past — Dad saw the healing, forgiving, grace-filled power of Jesus up close and personal. His gaping wounds met the balm of grace through a man who was willing to reveal the most despicable parts of his own story, and how God forgave him. Dad had finally met a man just like him.

The way my father explained it to me when he came home was: “That man told me his story. He had done everything I had done. And I knew that if God could forgive him and he could be a pastor, then he could forgive me too.”

The Power of Story

Stories are powerful. They are an essential part of what it means to be human. From the dawn of time, stories allowed humans to connect with each other and give meaning to life. Rather than listening to facts, stories help us put ourselves in the scene and experience the emotions, sights, sounds, and stirrings of other people. A story invites us to become participants rather than mere spectators.

Stories evoke emotion and make otherwise abstract principles come to life. Isn’t that what Jesus did all throughout the Gospels? He told stories. Rather than teach forgiveness principles, Jesus told a story about a man with two sons recorded in Luke 15:11-32. One took his inheritance before his father died and squandered it on wild living. After he lost everything he had, the son came to his senses and returned home to his father. His dad forgave him, gave him a new set of clothes, and hosted a grand celebration. In telling the story, Jesus was essentially saying, “There, that’s what forgiveness looks like.”

Rather than teach about Heaven, Jesus told a story recorded in Matthew 20:1-16 about a landowner who went out early in the morning to hire men to work in his vineyard. He went out again and again at multiple times throughout the day. Even at the eleventh hour, with only a little time left in the workday, he hired a few more stragglers. At day’s end, he paid all the workers the same wage, whether they had worked all day or just an hour. Again, Jesus was saying, “There, that’s what Heaven is like.”

The story of what God has done in your life makes Him real to those who hear it. Some might balk at biblical principles or try to argue with theology, but they can’t deny a person’s personal experience. That’s what happened with the man born blind in that Jesus healed in John 9. When the Pharisees kept asking how he received his sight, he just kept repeating his story over and over.

Every Christian has a story to tell. Maybe you didn’t have a meth lab in your basement or work the streets as a prostitute. Perhaps you were raised in a Christian home with loving parents who cherished you. Either way, you were blind, but now you see. You were spiritually dead, and Jesus made you alive in Christ. Death to life never gets old.

We should never diminish the power of our stories, no matter how dark or disappointing they may be, no matter how boring or uneventful they may seem. Don’t hide your story in hopes no one will ever see. Tell it. Show it. Celebrate God’s work through it. Let your story be evidence of your strength and bravery that shouts to the world that a new ending is possible. Realize that your disappointments, bad decisions, and darkest struggles can be the most life-changing parts of your story. Your worst chapters can become your greatest victories.

Written for Devotionals Daily by Sharon Jaynes, author of When You Don’t Like Your Story.

Your story matters! At some point you’ll have a divine appointment and be able to share how God led you from your bad decisions through His grace and mercy in the opposite to a new ending. Your story can be the catalyst for someone else’s life change! ~ Devotionals Daily