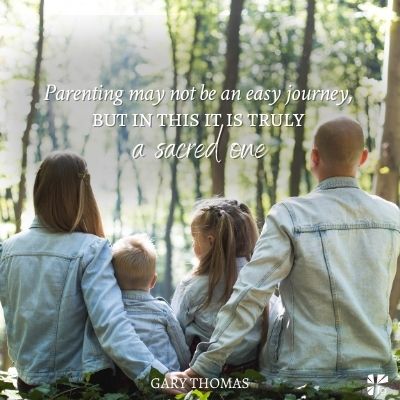 In our enthusiasm to celebrate children (a good thing), we are sometimes tempted to overlook the key Christian doctrine of original sin. A child can be raised by godly parents, yet still choose to live an ungodly life:

A wise son heeds his father’s instruction, but a mocker does not listen to rebuke.  —Proverbs 13:1

Some sons can bring great honor to their home and their parents; others choose to bring shame:

He who gathers crops in summer is a wise son, but he who sleeps during harvest is a disgraceful son.  —Proverbs 10:5

Some children will bring anguish rather than joy:

A wise son brings joy to his father, but a foolish man despises his mother.  —Proverbs 15:20

At times children can even steal from their parents (Proverbs 28:24) or drive their mother from her own house (Proverbs 19:26). In this regard, the Bible is more honest than many contemporary Christians. In the Old Testament, God gives us accounts of children who do all sorts of heinous acts.

Abimelech, the son of Gideon, provides one such example. We don’t know a lot about Gideon and his parenting style, but we do know that God’s hand was with Gideon as He used him to free Israel from the control of the Midianites. After Gideon’s great exploits, the people tried to make Gideon king:

Rule over us — you, your son and your grandson – because you have saved us out of the hand of Midian.  —Judges 8:22

Gideon lived a post-military life of blessing and had many children. After Gideon’s death, one of his sons, Abimelech, burned with ambition to rule the nation. Desperate to establish himself as ruler and remove all pretenders, Abimelech murdered all his brothers, except for one. By the providential judgment of God, Abimelech died when a woman dropped a millstone on his head. The Bible tells us that God lay behind this attack:

Thus God repaid the wickedness that Abimelech had done to his father by murdering his seventy brothers.  —Judges 9:56

God apparently didn’t have a problem considering this child a curse. In His providential plan, He sought the death of this wickedly ambitious son.

Sometimes a wayward son or daughter results from a poor upbringing; the parents may indeed have to assume some of the blame (Proverbs 29:15). But a child can receive many spiritual advantages and still choose, with the freedom God gives him, to become a wayward son. Jesus loved Judas as a son, yet the betrayer still opted to turn against Him. Adam and Eve had a godly son (Abel) and a murderous son (Cain). Was their parenting the only factor leading Abel to offer worthy sacrifices and Cain to turn into a selfish, jealous, and bloodthirsty sibling?

President John Adams had one son  —John Quincy — who followed him into the presidency and enjoyed a prosperous career. Two other sons had shameful lifestyles. Charles Adams became an alcoholic – his mother described him as a “poor, unhappy, wretched man.” One relative described Thomas Adams as “one of the most unpleasant characters in this world… a brute in manners and a bully to his family.” John and Abigail raised one remarkable son and two disgraceful ones. Was their parenting the only factor that determined each boy’s character?

I suspect I’ve probably raised more than a few eyebrows by now. I can even imagine some condemnations: “How dare you suggest children aren’t a blessing? I bet you also favor abortion, don’t you?”

No, I definitely do not. I am ardently, passionately, and unequivocally pro-life. But I’ve also had enough life experience to know that parenting – even sacred parenting – comes with no guarantees, and I grieve for the good, decent, and godly parents who get treated like pariahs because a kid of theirs goes bad. They weren’t “perfect” parents, of course, and in that sense they may share some of the blame. But tell me – just who is a perfect parent?

Show me one father or one mother who didn’t, at times, spoil their child, just a little. Who didn’t, out of fear or weariness or ignorance or overcommitment, fail to confront something that needed to be faced, at least one time? I’ll let that parent cast the first stone.

Some of us got away with it; some of us didn’t. In my travels I’ve met far too many godly parents who live with a gaping wound. Not only do they face the pain of watching their deeply loved child self- destruct, but they also live with a judgment that the child’s abhorrent way of life stems from their failure as parents.

Godly children are a tremendous blessing; this is a precious biblical truth. But Scripture is honest, and we should be as well. Wayward children can, at the very least, feel like a fierce curse.

How sobering to face the vulnerability that someone could make our lives absolutely miserable – and yet we would lay down our lives on his or her behalf without thinking about it. Just such an amazing spiritual transformation takes place in the journey of parenting. Once again, Paul models our call to this ministry when he writes,

For many of us, however, the difficulty of parenting comes not in facing betrayal but in enduring a very tiring occupation. Today’s Christian usually prays for relief, for comfort, and for healing – but that’s not always what Scripture teaches us to do.

For example, the apostle Paul prayed that the Colossians would be…

…strengthened with all power according to [God’s] glorious might so that you may have great endurance and patience.  —Colossians 1:11

Instead of immediately asking for their deliverance, Paul prayed that the believers in Colosse would grow in maturity. If you think about it, how do we grow in endurance and patience? Only one path exists, which we’ve already mentioned: to have both our endurance and patience sorely tried, even past the breaking point, until we learn to rest in God’s “glorious might.” You’ll never develop your biceps if you lift just one-pound weights; you have to stress the muscle beyond its normal routine. The same principle holds true spiritually. If God gives us situations we already have the strength to handle, we won’t have to grow in order to deal with them.

The crux of the issue is this: Our first and natural inclination in any trial is to pray for God to remove the difficulty. But God’s first priority is often to strengthen us in the midst of the difficulty rather than to take us out of the difficulty. That’s because He can see the treasure that lies at the end of the trail.

Consider how many times you have broken your promises once offered fervently and earnestly to God. Consider on how many occasions you have said or thought or even done vile things in full sight of a holy and perfect God. Consider God’s eagerness to forgive you, the persistence of His grace, the limitless supply of His understanding and patience and mercy  —all offered without condition on your behalf.

Parenting may not be an easy journey, but in this it is truly a sacred one.

Raising difficult children is definitely the often painful, hidden, and unspoken wild side of parenting, especially among Christians. But, what our children ask of us pales in comparison to what we ask of God. How have your parenting difficulties actually shined a brighter light on God’s grace in your life? Come join the conversation! We want to hear from you. ~ Devotionals Daily