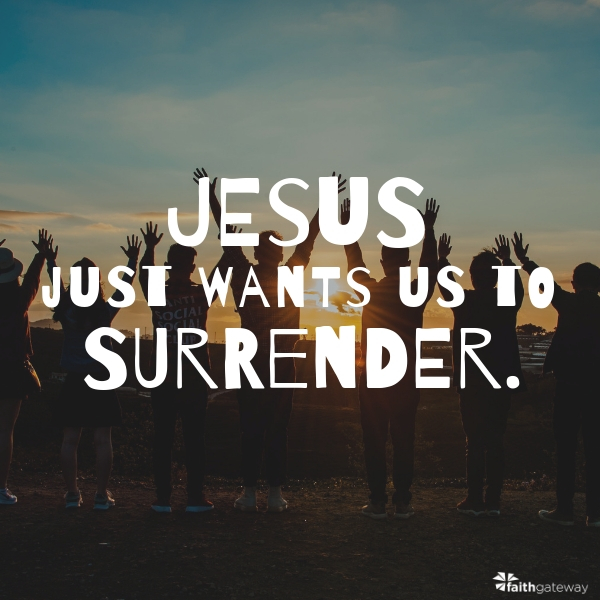 Editor’s Note: It’s Sit & Listen Saturday at Devotionals Daily. Enjoy reading as well as listening to this devotion from Jefferson Bethke, from his bestselling book Jesus > Religion. Listen on the blog or on your Alexa device by enabling the skill and then prompting, “Alexa, ask devotionals to read today’s devotion.”

Relax; you don’t have to have it all figured out.

I can’t imagine what you are going through right now — trials, suffering, heartache, pain. But I can tell you that whatever it is, it’s not too big for God. His grace can cover it, and your heart can be made new. In those times when I felt like I was drowning, I thought God was off in a distant land. Later I realized that’s when He is most near.

He’s near you too.

I heard a story awhile back about some friends who went swimming in a river. It was spring, and the glacier runoff had made the river pretty dangerous. Nonetheless one of the guys jumped in, got caught in the current, and was taken to the dangerous part of the rapids. One of his friends on the shore was a lifeguard, and all the other friends looked at him to do something. He just stood there, though, not moving, just staring at his friend. The others began to panic and yell at him and tell him to go save his friend! Still nothing. They looked out into the river and saw their friend struggling desperately.

In an instant, though, the struggle stopped. He could no longer fight and began to drown. When that happened, the lifeguard jumped in and with a few swift strokes rescued the friend and brought him to shore. With the adrenaline wearing off, the group yelled at the lifeguard, “Why didn’t you jump in earlier? He could’ve died!”

He calmly looked at them and said, “I had to wait until he fully gave up. Unless he stopped fighting, he would have dragged me under and drowned me with him. But the minute he gave up, I could save him.”

That’s what it’s like with Jesus. He just wants us to surrender, and when we do, He comes and gets us. The waves might be crashing overhead, but in that moment, when it looks like we might die, His grace scoops us up and brings us life. And because we finally give up, we know it was Him who did all the saving.

Just come as you are.

Are you tired? Worn out? Burned out on religion? Come to Me. Get away with Me and you’ll recover your life. I’ll show you how to take a real rest. Walk with Me and work with Me — watch how I do it. Learn the unforced rhythms of grace. I won’t lay anything heavy or ill-fitting on you. Keep company with Me and you’ll learn to live freely and lightly. — Matthew 11:28-30

Hear the poem by Jefferson Bethke that inspired his book, Jesus > Religion

Maybe you’re a seeker and you’re not really sure what you think about this Man, Jesus. Today is a great day to surrender to Him and receive His forgiveness, to begin a relationship with God, and look forward to life everlasting with all your spiritual debts paid. Maybe you’re already a believer but you realize that you’ve been struggling, fighting, and straining to do life your way, and on your own terms. Are you ready to give up fighting God’s leadership and surrender to His will? Come join the conversation on our blog! We want to hear from you! ~ Devotionals Daily 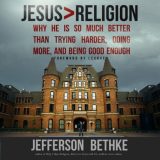