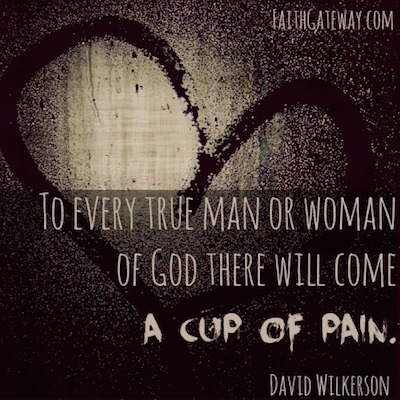 Today we hear so much talk about success and how people obtained it. Success in biblical terms is vastly different. As we consider those whom God uses to stir their generations, we discover that the elements He used to shape them were torment, pain, sorrow, and failure.

Consider godly Job. Here was a man who failed in his motives. Job was proud of his own goodness, saying, “I have never harmed anyone. I have lived righteously.” Indeed, as we read through this book, we wonder how God could have such high regard for such a proud man. Even though Job was godly, avoiding evil, he was clearly convinced of his own righteousness.

Next, consider David. Here was a man who failed in his morals, yet he still became a great man of God. Generations have been baffled by David’s actions. How could a man so bold in godliness fail in such blatant immorality? This king ended up groveling in the dust. How could someone who fell so far end up, as Scripture says, “a man after God’s own heart”?

Finally, consider Peter. Here was a man who failed in his mission. Peter had a vision and a calling; indeed, he was the one person Christ entrusted with the keys to His kingdom. Yet this same man ended up weeping on a hillside, having cursed and rejected the Christ he loved.

In spite of so great a failure, Peter became a reconstructed man who served as God’s spokesman at Pentecost, the birthing of the New Testament church.

What are the forces that go into the making of a man or woman of God? What do all followers of Jesus have in common? If we want God’s touch in our lives, what inner struggles do we all face? And what are the forces and pressures that God uses to produce righteousness in us?

We dare not pray, “Use me, Jesus,” or, “Lord, put your hand on me,” unless we are willing to face what will surely come.

To every true man or woman of God there will come a cup of pain.

Consider Christ’s prayer in the garden:

O my Father, if it be possible, let this cup pass from Me: nevertheless not as I will, but as Thou wilt. – Matthew 26:39

Jesus’ entire ministry was about doing the will of His Father. Now, at Gethsemane, whatever was in the cup Jesus drank caused Him to sweat great drops of blood. He cried out, “Oh, God, if it is possible at all, relieve Me of this burden. It’s too heavy for Me. I would rather let it pass…”

So, you want to be a man or woman of God? You want the hand of the Lord on you? You are going to be served a cup of pain. You will lie in a bed of tears.

You’ll weep not so much at physical pain but at something much worse than that. I’m speaking of the pain of being bruised and rejected by friends. It is the pain of parents when children trample their hearts and become strangers to them. It is the pain between a husband and wife when brick walls are built up between them. The tragic turmoil that comes, the restless, sleepless nights – knowing that God is real, that you are walking in his Spirit, that you are loving Jesus with all that is in you… and yet you are forced to drink a cup of pain.

Yet we cannot run from this cup. Peter tried to drive away affliction in his flesh. He wielded a sword at Gethsemane, telling Jesus in effect, “Master, you don’t have to go through this. I’ll keep them at bay while You make your escape.” Many Christians today have the same attitude. They take sword in hand to try to turn away afflictions, saying, “I don’t have to face this. My God is a good God!”

I believe God is faithful. But Jesus tells us we cannot run from our cup of pain. He commanded Peter, “Put up your sword. That is not My Father’s way. Live by your sword and you will die by it.” Then he stated,

When you trust the One who is serving you this cup – when you see His purpose behind your suffering – then you are able to drink it. It may burn, sear, and scar you, but don’t be afraid, for your Father holds the cup. You are not drinking death but life.

Excerpted with permission from David Wilkerson: The Cross, The Switchblade, And The Man Who Believed by Gary Wilkerson, copyright Zondervan, 2014.

As a woman of God, do you fight against your cup of pain, battle with your suffering and trials like I do? Do you wonder why you have to go through this trial instead of God answering your fervent prayer that He remove it? Heal it? Save you from it? Trust God! Take a moment and write down “I trust You, Father.” Tape your note someplace where you’ll see it throughout the day and every time you look at it repeat, “I trust You, Father, with my pain! I trust You with my child, my marriage, my need for a job, health, finances, loneliness, inadequacy, or broken relationship. Today, I fully put my trust in You.” Come join the conversation on our blog! We would love to hear from you! ~ Laurie McClure, FaithGateway Women 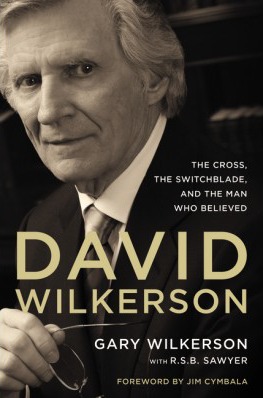