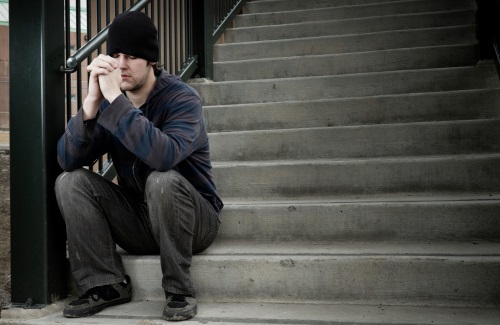 Even when prayer seems a duty, like a homework assignment, we sustain the hope that it could grow into something more. A hidden treasure lies inside, if only we can quarry it. A new country awaits us, if only we can find the language in which to converse. We babble like infants, yearning for fluency.

“I was less a man praying than a man being a man praying,” recalls Frederick Buechner about a phase when his prayers seemed self-conscious and stagy.

Some who attempt prayer never have the sense of anyone listening on the other end. They blame themselves for doing it wrong, feeling ever a failure.

A media-saturated culture conditions us to expect a quick fix to every problem. Relationship problems, however, rarely lend themselves to quick and easy solutions. I have not seen, for instance, that shelves of books on “how to save your marriage” have had any discernible effect on divorce rates. If relating to another person proves so resistant to formulaic advice, how much more does relating to God? The secret to keeping company with God will likely not be found in a new set of tapes, another book, a different preacher, a weekend seminar.

After reading scores of books and interviewing scores of people about prayer, I would expect a more noticeable improvement in my own prayer life. If I invested the same energy in, say, golf or learning a foreign language, I would likely see results. Still I find that prayer involves an effort of will. Sometimes it proves rewarding, sometimes not, at least not in ways I can detect at the time. Prayer requires the faith to believe that God listens, though I have no hard evidence, and that my prayers matter. Neither belief comes easily to me.

When I enter another culture, I have to communicate by their rules, not mine. In South India I learned that shaking the head from side to side means yes, not no. When I got married, I learned that men are from Mars and women are from Venus; after thirty-five years I am still discovering ways in which we differ. And when I seek to know God, I must learn a new way of communicating. I am seeking company with an invisible God, after all.

I recently heard from a missionary doctor who has spent the past three years in Ecuador. His letter recounted some of the frustrations involved in learning a language. Even after three years he makes childish mistakes in grammar, looks foolish in front of the native-speakers, and can express only haltingly what his brain processes fluently. Speaking Spanish has been a continuing lesson in humility, he said. He makes progress, yes, but every day he realizes that he has failed to communicate fully and has missed nuances of meaning.

Reading his letter, I drew the parallel to prayer.

If I want fluency in a foreign language, I must set aside time, no doubt giving up something else in the process. I must keep working at it, persisting despite the awkward feelings of a beginner. I persevere only because I value the final result. Nearly everything worthwhile — learning a sport, mastering the guitar, improving computer skills — involves the same process.

Prayer remains a struggle for me. On the other hand, so does forgiving someone who has wronged me. So does loving my neighbor. So does caring for the needy. I persist because I am fulfilling God’s command, and also because I believe I am doing what is best for me whether or not I feel like it at the time. Moreover, I believe that my perseverance, in some unfathomable way, brings pleasure to God. We should always pray and not give up, Jesus taught.

I take dark encouragement in the fact that after following Jesus around for months, the disciples still had no clue and had to ask, “Teach us to pray.” I take encouragement from Christians far advanced in spiritual disciplines who have similar struggles. (If you doubt that, read some accounts of Trappist monks, who spend all day pursuing life with God and who confront the same obstacles that stump us part-timers.)

How do we learn to pray? Mother Teresa answers, “By praying. . . . If you want to pray better, you must pray more.”

The great English preacher Leslie Weatherhead’s experience echoes that of many others:

I have always found prayer difficult. So often it seems like a fruitless game of hide and seek in which we seek and God hides. I know God is very patient with me. Without that patience I should be lost. But frankly I have to be patient with him. With no other friend would I go on seeking with such scant, conscious response. Yet I cannot leave prayer alone for long. My need drives me to him. And I have a feeling that he has his own reasons for hiding himself, and that finally my seeking will prove infinitely worthwhile. . . . I long for more satisfaction, but I cannot cease from questing. Jesus sometimes found prayer difficult. Some of his most agonized prayers were not answered. But he did not give up his praying. I frankly have little to show for all my prayers, but I cannot give up, for “my soul longeth for God,” and I know that outside God there is nothing at all but death. 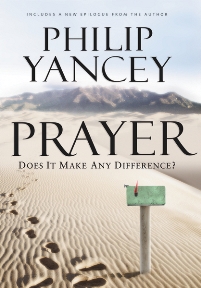