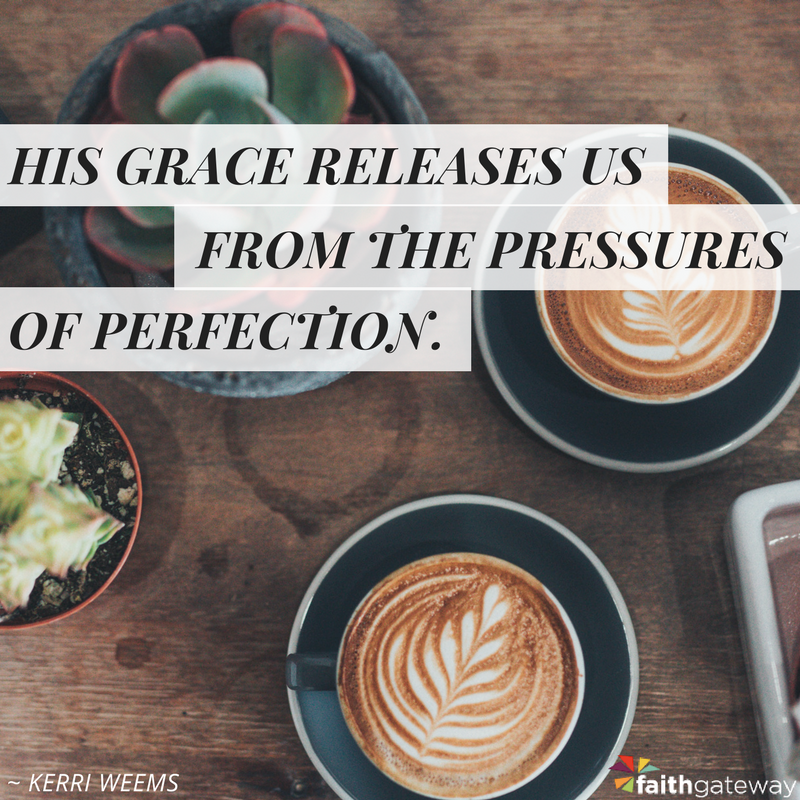 In Jesus’ day, farmers used a yoke — a kind of collar — to link two oxen to each other. The yoke was then attached to some other object, such as a plow. Linked by the yoke, the two oxen could then work together, pulling whatever burden was attached to the yoke. Jesus applies this image to our life with Him:

Come to Me, all who labor and are heavy laden, and I will give you rest. Take my yoke upon you, and learn from me, for I am gentle and lowly in heart, and you will find rest for your souls. For my yoke is easy, and my burden is light. — Matthew 11:28-30 ESV

Don’t you think it’s a little bit strange that Jesus’ idea of getting us to rest in Him involves putting on a yoke? A yoke was not created for rest; it was created for work. It literally has nothing to do with rest at all. When Jesus invited the weary and heavy laden to come to Him and find rest, we would expect Him to say something like, Take off that yoke you’re wearing — you don’t need it anymore! Doesn’t that feel great? Now run… be free! But Jesus’ solution for yoke-weariness was not to cast off the yoke entirely; it was to yoke ourselves to Him, to walk in step with Him.

This is a different kind of yoke, one perfectly fitted to support and aid us in fulfilling His purpose for our lives. That doesn’t mean being yoked to Christ will always be comfortable, but it’s not supposed to crush us either.

Farmers used to train young oxen to plow by partnering them with stronger and more mature oxen. The job of the younger ox was simply to follow in the same direction and keep pace with the teacher ox. The older ox pulled most of the weight and understood the commands of the plow driver. As long as the young ox followed the older ox, everything was fine. But if the younger ox decided to speed up or lag behind, the work became much more difficult. Only by keeping pace with the older ox could the younger ox complete the day’s work without collapsing from exhaustion.

When we are yoked to Christ, He carries most of the weight.

Being yoked with Him means that we are living in a way that allows us rest because we are under His covering of grace. So what do I mean by “grace”? It’s a huge word that is a kind of catchall for everything amazing about God. There are endless ways we could talk about grace, but we’re going to focus on two aspects of it. Grace is God’s undeserved favor that puts us in right relationship with Him, and grace is the power God gives that enables us to live the life He’s called us to.

The heavy-laden people Jesus spoke to did not know grace. Instead, they were yoked to a complex system of Jewish regulations referred to as “the law.” Obeying the law as perfectly as they could was how they stayed in right relationship with God and made sure that the work they were doing for Him was acceptable. The reason Jesus didn’t tell His listeners to throw off the yoke completely is because they still had work to do — and as long as we are alive, we too will always have work to do. Work is a good thing. We were created for purpose, and that purpose often finds expression through our daily tasks. A life without work is not possible, nor is it desirable. So the question is not, “Will you work?” but “How will you work?” How will you pull the burden of your life’s work along?

Today, most of us don’t suffer under the yoke of the law like Jesus’ listeners did, but we have other yokes. For us, it’s not so much a choice between the yoke of grace or the yoke of the law, but between the yoke of grace and the yoke of performance. When we believe that being productive in our life’s work depends completely on our own performance, the weight of laboring under that yoke can be crushing. For example, we want to be the best parents possible, so we look for the ideal parenting methods. How our kids turn out is the measure of our parenting success (we think), so we stress out about every little thing they do wrong or might do wrong. If they don’t turn out “right,” everyone will know we were failures. Or perhaps we want to be the best at our jobs, so we take on more and more because we are afraid that saying no means we might fall behind, lose some of our perks, or be overlooked for the next raise or promotion. Eventually, the overwhelming demands on our limited time and energies render us incapable of hearing the voice of God because we don’t even have time to stop and listen.

When we pull the burdens of life by the yoke of our own performance, then performance sets the pace. We race faster and faster, trying to outdo our last personal best or to measure up to the expectations of others. But when we take on the yoke of Christ and let Him lead, He determines the pace, and we find that His grace makes up what we are lacking in our performance.

The apostle Paul gives us a great example of the yoke of grace in action. Paul had pleaded three times for the Lord to remove what he called “a thorn in my flesh” (2 Corinthians 12:7). We don’t know what the thorn was. Some say it was a painful health issue, while others say it may have been a temptation he consistently struggled against. No matter what it was, we can be sure that Paul saw it as a torment and a hindrance to his life’s work. But when he asked the Lord to remove it, the Lord replied,

My grace is sufficient for you, for My power is made perfect in weakness. — 2 Corinthians 12:9

Paul realized that because God’s grace was enough, his performance didn’t have to be perfect. His weaknesses, sufferings, hardships, persecution — anything that worked against him to trip him up — provided an opportunity for the grace of God to be shown for how powerful it really is. Paul came to a place where he was so dependent on the grace of God that he could say,

For the sake of Christ, then, I am content with weaknesses, insults, hardships, persecutions, and calamities. For when I am weak, then I am strong. — 2 Corinthians 12:10 ESV

Imagine not only enduring weaknesses, but being content with them — accepting them and trusting that our weaknesses are an occasion for the display of God’s grace and power!

God’s wonderful grace is just enough for you and for me. His grace releases us from the pressures of perfect performance. When we admit that we are not perfect and never can be, we affirm our belief that God is perfect and everything about Him — His work, timing, strength, provision — is perfect as well. So what does this mean in practical terms? Well, if you’re married, let’s say you’ve been preoccupied with a work or a personal issue and feel guilty about not being more attentive to your husband. Or maybe as a parent, you feel like you have failed because you can’t afford to pay for your children’s college education. As a friend, perhaps you feel guilty that you haven’t “been there” enough. Right now, I encourage you to stop and immediately exit the guilt train. Wherever you are lacking, God’s grace can and will cover you. He designed you knowing that you wouldn’t be perfect — He never had that expectation for you. So why do you have that expectation for yourself?

Watch the Trailer: Rhythms of Grace

Do you feel weak today? Overburdened? Exhausted? Maybe you need to step into the yoke with Jesus. He will walk close to you and carry most of the weight for you if you let Him! Come share your thoughts on finding rest with us on our blog. We want to hear from you! ~ Devotionals Daily