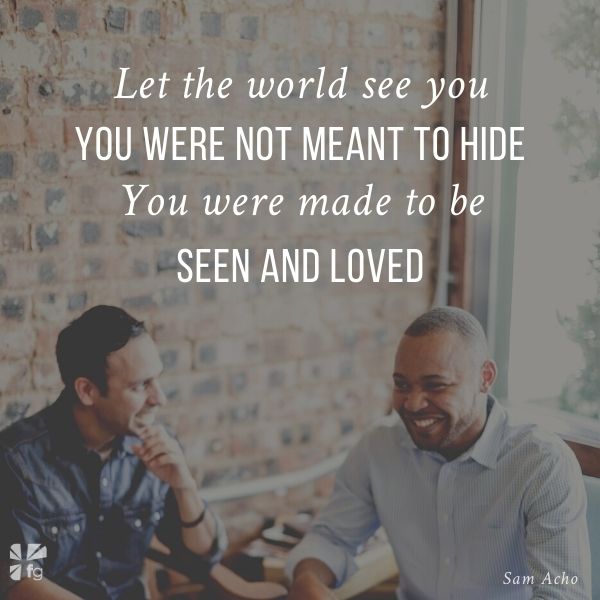 Just recently I lost a friend. I’m not sure if loss or death has been a part of your life, but it has most certainly been a part of mine. Prior to this loss, I had only ever attended one funeral: a friend’s father. Though my friend and I didn’t know each other too well, he asked me to be a pallbearer, and of course I obliged.

This time, however, was different. Several years ago, when we were living in Phoenix, some new neighbors moved in next door to us. Jerry and Judy Price had been married for more than forty years, and yet they looked like they were still in love as they held hands, danced together, and threw parties for their friends. They had married young, at ages twenty and nineteen, and had been enjoying life together ever since. I wanted that kind of relationship. My wife, Ngozi, and I had just celebrated our one-year anniversary, and quite frankly, we were just trying to figure it all out.

God couldn’t have given us better neighbors, and Judy immediately connected with Ngozi. My wife had recently moved to the States from Nigeria, and making friends had proven difficult.

“Americans,” Ngozi said, “are too fast-paced. Always on the go.”

But she found Judy to be different. Judy would sit with her friends, invite them over often, and get to know them. As a result, she and Ngozi became great friends.

Jerry became more than a friend to me; he became a mentor. I would often sneak over to his house and just sit with him, abide in his presence, and be excited to receive a few words of wisdom. I always learned something because Jerry was different from most men. His personality was in-your-face and confident and yet, at the same time, caring, thoughtful, and compassionate. He reminded me of my dad. Jerry was also dashing and charming, so it was no surprise he had married a woman like Judy. We often joked that he had married way above his level, or as I put it, “Outkicked his coverage.” Jerry was also fearless. He would call you out if he felt it was necessary and still love you through whatever circumstance or situation. That was why it hurt so much when I received a call from Jerry asking for permission to go.

Jerry had fought a yearslong battle with cancer, and he had done everything imaginable to get better. Nothing worked. He had lost weight as well as his appetite, and he had finally reached a point where he was ready to see Jesus. When we spoke, he explained to me that he was in a good place with God and felt it was his time to go Home. That’s when he asked for my blessing to leave.

You see, I had moved to Chicago from Phoenix years ago. Jerry and I talked often during those years, but we were no longer living next door to each other. My mind spun. Why did he need my permission? Why did he even ask? The reason is that Jerry was a gentleman, and he knew an important truth I had yet to realize: his life was not his own. His life was for others, and I was one of those others in his life. Jerry had impacted me in ways too deep to explain with words. I believe God placed him in my life for a specific purpose and at a specific time, and he blessed my life tremendously. So when Jerry asked for my permission to go, I said yes. But I also needed something from him before he left.

I asked him for a few final words of wisdom. I needed a little more of the guidance I knew only he could give.

“If you could tell me anything,” I began, “anything about what you know about me or about life, what would it be?” I had learned to wait with Jerry, so I waited patiently to hear his carefully measured and thereafter treasured words of wisdom. Then he spoke, but with only a fraction of the former strength in his voice.

“I have two thoughts for you, Sam,” he said. “In my seventy-one years of life, I’ve learned one thing: Jesus wants to be known. Intimately. He takes joy in our getting to know Him. Knowing Him is more precious than anything money can buy. Get to know Jesus intimately,” he said.

I paused to take in what he said, but I was also eager to hear Jerry’s next advice.

“You are worth getting to know, Sam,” he said. “Never forget that.”

Those would be the last words I ever heard from my dear friend. Three days later Jerry slipped into a coma and died peacefully at his home. I had flown back to see him but arrived just a few minutes too late.

I walked into the house and saw Judy. I gave her a big hug. I then sat with her and her family, listening to them tell stories about the man I called my mentor. I learned much about Jerry that day. I learned about his character, his heart, and his sense of humor. But those ten words he’d said to me just a few days before could not escape my mind: You are worth getting to know, Sam. Never forget that.

Let the world see you. Your quirks, your fears, your kindness, your courage. You were not meant to hide. You were made to be seen and loved.

What would it look like for you to be truly seen and known? Do you find it a struggle to reveal your true self to others? We’d love to hear your thoughts in the comments!

“There are few voices and authors that the world needs as desperately as Sam’s right now. He is a voice of wisdom, humility, truth, and prophetic witness that everyone can learn from together on this journey of being human. I am beyond grateful for this book and will be buying ten and giving them out!”

“Sam Acho is one of those rare multitalented young men who have successfully married technical excellence and spiritual maturity. In this fine, inspiring, and insightful book, Sam challenges all of us to live authentic lives worth being emulated. Read, embrace, and absorb his words if you are serious about living a genuine life.” 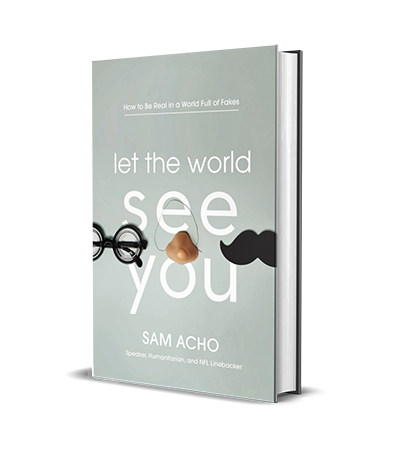