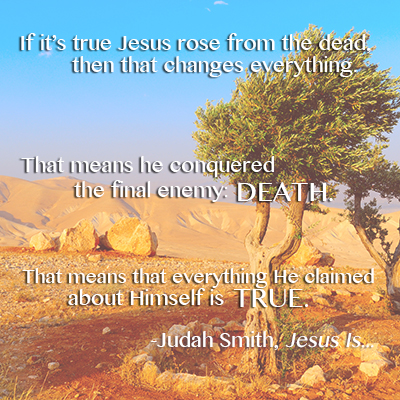 The Gospel of Matthew ends on a spectacular note. Actually, the entire final chapter is an exclamation mark celebrating the greatest victory in Jesus’s life and challenging us with a glorious future.

The setting is right after Jesus’s death. The Roman government was relieved because the guy who had sparked so much civil unrest was no longer their problem. The Pharisees were ecstatic, because their competition had been eliminated.

The disciples were terrified and confused because this was not at all how they visualized things working out.

Early on Sunday morning, as the new day was dawning, Mary Magdalene and the other Mary went out to visit the tomb. Suddenly there was a great earthquake! For an angel of the Lord came down from Heaven, rolled aside the stone, and sat on it. His face shone like lightning, and his clothing was as white as snow. The guards shook with fear when they saw him, and they fell into a dead faint.

Then the angel spoke to the women. “Don’t be afraid!” he said. “I know you are looking for Jesus, who was crucified. He isn’t here! He is risen from the dead, just as He said would happen. Come, see where His body was lying. And now, go quickly and tell His disciples that He has risen from the dead, and He is going ahead of you to Galilee. You will see Him there. Remember what I have told you.”

The women ran quickly from the tomb. They were very frightened but also filled with great joy, and they rushed to give the disciples the angel’s message. And as they went, Jesus met them and greeted them. And they ran to Him, grasped His feet, and worshiped Him. Then Jesus said to them, “Don’t be afraid! Go tell my brothers to leave for Galilee, and they will see me there.”

As the women were on their way, some of the guards went into the city and told the leading priests what had happened. A meeting with the elders was called, and they decided to give the soldiers a large bribe. They told the soldiers, “You must say, ‘Jesus’s disciples came during the night while we were sleeping, and they stole his body.’ If the governor hears about it, we’ll stand up for you so you won’t get in trouble.” So the guards accepted the bribe and said what they were told to say. Their story spread widely among the Jews, and they still tell it today.

Then the eleven disciples left for Galilee, going to the mountain where Jesus had told them to go. When they saw Him, they worshiped Him – but some of them doubted!

Jesus came and told His disciples, “I have been given all authority in heaven and on earth. Therefore, go and make disciples of all the nations, baptizing them in the name of the Father and the Son and the Holy Spirit. Teach these new disciples to obey all the commands I have given you. And be sure of this: I am with you always, even to the end of the age.”

In one moment, everything changed. This was the ultimate happy ending, the original buzzer-beater. Everyone knew Jesus was dead. They saw the Roman soldiers execute Him, and Roman soldiers were professionals at killing people.

But now, He’s alive. He’s popping up in random places, scaring the heck out of His already jittery disciples, and saying, “I’m back.” For some reason I always imagine an Austrian accent.

The Romans and the Pharisees are left scrambling, while the disciples are out of their minds with joy. A few of Jesus’s followers needed some convincing because like many of us, they were more prone to believe bad news than good news.

Really? Jesus must have thought. I come back from the dead and My friends don’t even recognize Me. Lame.

But Jesus was back, just as He had promised.

And speaking of zombie apocalypses – which we weren’t, but my brain works like that – you could call Jesus the ultimate zombie. He was killed, then He came back from the dead, and now He’s coming for you.

Okay – some of you would do well to discover a sense of humor. You’ll live longer.

Here’s the deal. If Jesus just died and that was it, there’s nothing remarkable about that. People die all the time – even good people. It’s part of being human. Lots of people have even given their lives for their beliefs. We remember them as martyrs, and their legacy inspires us, and sometimes we get a day off work in their honor, but that is about it.

But if it’s true Jesus rose from the dead, then that changes everything. That means He conquered the final enemy: death. That means everything He claimed about Himself is true. He isn’t just human. He is God. He is the answer to mankind’s problems. He is the Savior.

The Pharisees figured this out quicker than many of us. Whether they actually thought He came back to life or not, we don’t know. I suspect some of them did, but they couldn’t process it. They couldn’t adjust their thinking. They didn’t want a bigger perspective. They didn’t want to mess with the status quo. They knew what would happen if rumor got out that He was back. It would undermine their entire way of life. The religious authorities would no longer be the way to God; Jesus would be the way to God. Sinners would no longer be excluded from salvation; they would be prime candidates for salvation. People would no longer strive to follow impossible laws; they would follow Jesus, whose yoke was easy and whose burden was light, and they would live in the wide open spaces of grace.

So they lied. And they bribed the Roman guards to spread the lie. And they promised to protect the guards whom they had bribed. Yes, it was messy, but it was better than accepting that the laws of the universe had been upended because God Himself, the Maker of the laws, had been in their midst but they didn’t recognize Him.

I don’t mean to criticize sincere people, but a lot of good people go to great lengths to avoid the conclusion that Jesus is God. They can accept that He was a good man – even a great man. They lament the fact that such a nice guy died for what He believed. “It’s sad. People are so awful to each other sometimes.” They wish He could have continued His career as an enlightened spiritual teacher. They hold up His teachings on love and justice as an ideal for humanity to pursue. And they feel bad, and they put on a long face, and they go back to their lives and their problems with the same limited perspective as everyone around them.

But Jesus didn’t just die. He rose from the dead.

That’s what a God would do, because an eternal, infinite God can’t be killed – at least not permanently – by His creation. The resurrection proves that everything He said was true. It gives us all hope that we can live in victory in this life. It proves that life continues after our time on earth is over.

The Gospel is good news because of the resurrection. The gospel isn’t just that Jesus died for our sins. That’s the first half. The second half is that Jesus rose again, proving once and for all that sin and death were conquered and we can have eternal life.

Watch the CNN interview of Judah Smith about Jesus Is…

Who do you believe Jesus is? The Savior? A great Teacher? Someone you can’t quite figure out what to do with? Zombie Jesus (Who is He?)? Join the conversation on our blog! We would love to hear from you! ~ Devotionals Daily 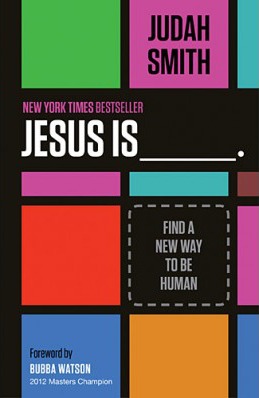